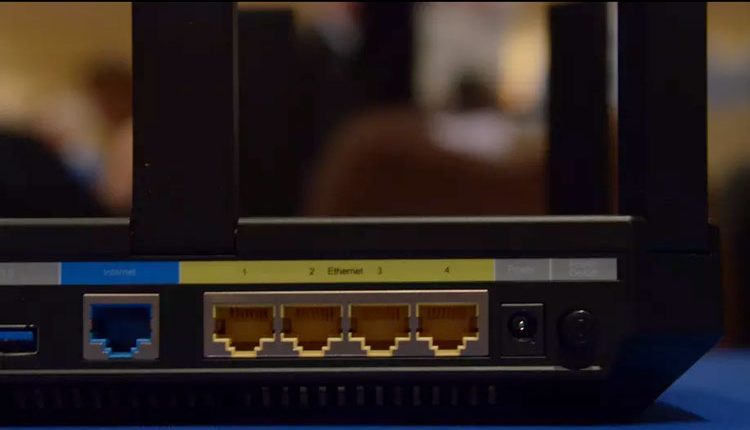 Is your router safe from the CIA?

Routers sit at the front gate of nearly every network, offering total access and few security measures to prevent remote attacks. If you can compromise someone’s router, you’ve got a window into everything they’re doing online.

According to new documents published by WikiLeaks, the CIA has been building and maintaining a host of tools to do just that. This morning, the group published new documents describing a program called Cherry Blossom, which uses a modified version of a given router’s firmware to turn it into a surveillance tool. Once in place, Cherry Blossom lets a remote agent monitor the target’s internet traffic, scan for useful information like passwords, and even redirect the target to a desired website.

The document is part of a series of publications on CIA hacking tools, including previous modules targeting Apple products and Samsung Smart TVs. As with previous publications, the document dates to 2012, and it’s unclear how the programs have developed in the five years since. 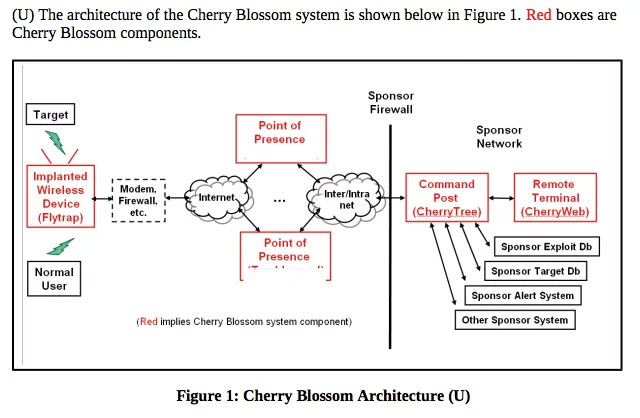 The manual describes different versions of Cherry Blossom, each tailored to a specific brand and model of router. The pace of hardware upgrades seems to have made it arduous to support each model of router, but the document shows the most popular routers were accessible to Cherry Blossom.

‘As of August 2012’, the manual reads, ‘CB-implanted firmwares can be built for roughly 25 different devices from 10 different manufacturers, including Asus, Belkin, Buffalo, Dell, DLink, Linksys, Motorola, Netgear, Senao, and US Robotics’.

The manual also goes into detail on how CIA agents would typically install the modified firmware on a given device. ‘In typical operation’, another passage reads, ‘a wireless device of interest is implanted with Cherry Blossom firmware, either using the Claymore tool or via a supply chain operation’. The “supply-chain operation” likely refers to intercepting the device somewhere between the factory and the user, a common tactic in espionage operations. No public documents are available on the “Claymore tool” mentioned in the passage.

It’s unclear how widely the implant was used, although the manual generally refers to use against specific targets, rather than for mass surveillance. There’s also reason to believe the NSA was employing similar tactics. In 2015, The Intercept published documents obtained by Edward Snowden that detailed efforts by the UK’s GCHQ to exploit vulnerabilities in 13 models of Juniper firewalls.