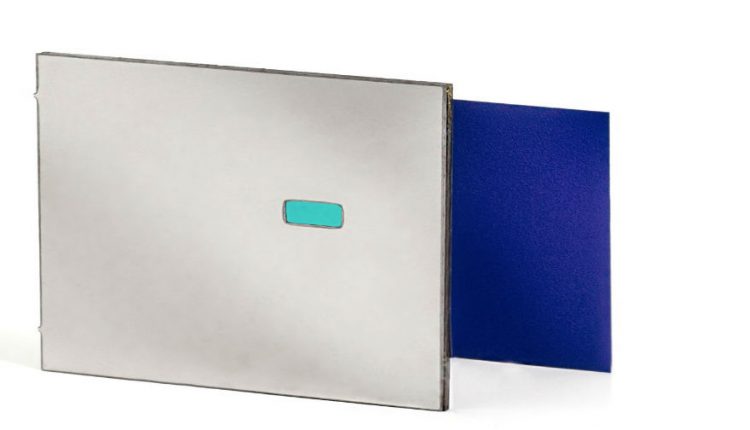 Imec has announced a record result for its 4-terminal Perovskite/silicon tandem photovoltaic cell. With a power conversion efficiency of 27.1%, the imec tandem cell beats the most efficient standalone silicon solar cell. Further careful engineering of the Perovskite material will bring efficiencies over 30% in reach. Perovskite microcrystals are a promising material system to make high-performance thin-film solar cells.

They can be processed into thin, light, semitransparent modules that can achieve a high power conversion efficiency, are inexpensive to produce, and have a high absorption efficiency for sunlight.

Because they can be made semitransparent, perovskite solar cells and modules can also be used on top of silicon solar cells. When the Perovskite is carefully engineered, the absorbance in the Perovskite minimizes the thermal losses that occur in the silicon cell. As a result, a Perovskite-silicon tandem solar cell can potentially reach power conversion efficiencies above 30%.

Imec’s new record tandem cell uses a 0.13cm² spin-coated Perovskite cell developed within our Solliance cooperation stacked on top of a 4cm² industrial interdigitated back-contact (IBC) silicon cell in a 4-terminal configuration, which is known to have a higher annual energy yield compared to a 2-terminal configuration.

Manoj Jaysankar, doctoral researcher at imec/EnergyVille, added: “We have been working on this tandem technology for two years now, and the biggest difference with previous versions is in the engineering and processing of the Perovskite absorber, tuning its bandgap to optimize the efficiency for tandem configuration with silicon.”

“Adding Perovskite on top of industrial silicon PV may prove to be the most cost-effective approach to further improve the efficiency of photovoltaics,” concluded Tom Aernouts, group leader for thin-film photovoltaics at imec/EnergyVille. “Therefore, we invite all companies in the PV value chain that are looking into higher efficiencies, to partner with us and explore this promising path.”